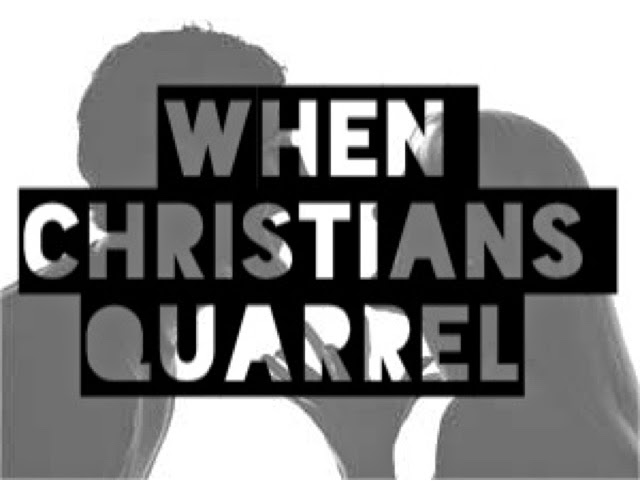 There are more than a few Christians today who tend to be quite suspicious of any believer who isn’t a member of their own denomination.

These Christians will usually accept that there are genuine, born-of-the-Spirit believers outside their denomination. But they see them as kind of Christian half-brothers and half-sisters. It is only the few within their own denomination that they regard as full brothers and sisters in Christ.

Not everything about the mindset of these Christians is wrong.

For a start, those who take this attitude usually understand clearly that there are such things as absolute truth and error. They rightly see that when Christians disagree, God doesn’t sit on the fence saying that each side has a right to its opinion.

These Christians are also often well aware that false believers exist, and that we should usually avoid closely associating with them.

Nevertheless, they are at fault for being too intolerant of other Christians who disagree with them on minor or moderately important matters. And they are wrong to view some Christians as partial brothers and sisters. We should either regard people as brothers and sisters in Christ or as non-believers. There is no halfway house.

DISAGREEMENTS BETWEEN CHRISTIANS IN THE BIBLE

Importantly, the Bible itself at times portrays early Christians disagreeing on significant matters without suggesting that they would ever have been right to view each other as less than full brothers and sisters in Jesus.

We see this, for example, in what Paul says in Romans 14.

(Scripture readings in this article are from the English Standard Version.)

These passages, and others in the same chapter, show that early Christians sometimes disagreed on moral issues. And the fact that Paul spends so much time on this topic in this chapter suggests that this kind of disagreement was common.

However, there is not the slightest hint in what Paul says that disagreeing on the moral issues he refers to would ever have made it right to view another believer as less than a full brother or sister in Christ. Instead, we see diversity of views among early Christians but full acceptance and love of each other.

Galatians 2:11-12 is another passage that refers to disagreement between early Christians.

“11 But when Cephas came to Antioch, I opposed him to his face, because he stood condemned. 12 For before certain men came from James, he was eating with the Gentiles; but when they came he drew back and separated himself, fearing the circumcision party.”

When they met in Antioch, Paul and Cephas (i.e., Peter) clearly took very different views on what attitude Christians should take to eating with Gentiles.

It is also very unlikely that, by the time Galatians was written, Paul had managed to persuade Peter to change his view:

One of Paul’s main purposes in the first two chapters of this letter is to defend his apostleship and ministry. He therefore stresses that he has received his commission directly from God (Galatians 1:11-24). And he also refers to an important argument he won, when James, Peter and John agreed with him against those who were saying that Gentile converts to the Christian faith needed to be circumcised (Galatians 2:1-10).

If, by the time Galatians was written, Paul had also been able to persuade Peter that his view on eating with Gentiles was mistaken, it would have helped the case he was trying to make in this letter. So it seems very likely that he would have mentioned that fact.

It is therefore highly probable that Paul and Peter continued to disagree on this issue. Whether they ever resolved their differences is unclear. (The fact that Galatians is inspired Scripture surely means that Paul was in the right.)

Paul is very critical of Peter in Galatians 2:11-12. However, it would be wrong to think that he ever viewed Peter as anything other than a full brother in Christ. It is worth noting that a few years later, when writing 1 Corinthians, he implicitly endorses Peter’s ministry (1 Corinthians 9:5).

Similarly, there is no good reason for believing that Peter ever thought of Paul as anything less than a full Christian brother.

It is clear, then, that there were times in the early church when genuine Christians disagreed about important things without viewing each other as less than full brothers and sisters in Jesus.

Nevertheless, it is clear that sometimes in the first century Christians disagreed on matters of real importance without regarding each other as less than full brothers and sisters in Christ.

CHRISTIANS ARE BOUND TO DISAGREE ON THINGS TODAY

Just as sincere Christians in the first century sometimes disagreed on important things, so there has surely never been a time since, when all genuine believers have agreed on everything of importance.

It is also very unrealistic to think that we will ever reach a point of anything close to perfect agreement before Jesus returns. Instead, as long as this age lasts, sincere Christians will continue to disagree about some quite important matters.

“For now we see in a mirror dimly, but then face to face. Now I know in part; then I shall know fully, even as I have been fully known.”

Mirrors in the first century were made of polished metal and gave a rather hazy image. Paul is saying that in this life we struggle to understand things properly.

This verse should help us to realize even more clearly that differences among sincere Christians are to be expected.

WE MUSTN’T BE TOO INTOLERANT

It is therefore wrong for us to be too intolerant of the views of other Christians. There are times when we can be sure that fellow believers are making quite a serious error without that causing us to view them as anything less than full brothers and sisters in Christ.

Let me give an example of how I put this principle into practice myself.

I am fully convinced that the gifts of the Holy Spirit referred to in 1 Corinthians 12:8-10 are used by God today and that they are very important, especially prophecy and healing. I have seen these gifts used powerfully by Him.

There are, however, some Christians who deny that God gives or uses these gifts today. I have no doubt that those who take this view are making a serious mistake. Yet I wouldn’t regard anyone as less than a full brother or sister in Christ because they do this. I am sure that doing that would be a big overreaction, despite the seriousness of the error.

It is true that there are times when people claiming to be Christians hold views that are so seriously wrong that we should typically regard them as false believers.

For instance, if someone denies the full deity or full humanity of Christ, that is intolerable. Similarly, if someone says that sex is ever acceptable outside the marriage relationship between a man and a woman, that too is beyond the pale.

I do think it is possible that people who hold even very seriously wrong views like these ones may, in the mercy of God, occasionally be saved. But as a general rule we should regard professing Christians who take such views as false brothers and sisters.

How we treat people who claim to be Christians

Of course, it is not possible for us to see clearly into people’s hearts. So we will often be unsure whether someone who claims to be a Christian is genuinely saved or not.

What we must never do is regard or treat anyone as a half-brother or half-sister in Christ. There is no such thing.

Christians Need to Be Careful Who They Have Fellowship With

I have been a Christian for over 30 years. I have a Ph.D. in New Testament from the University of Edinburgh. I am a UK national and I currently live in the south of Scotland. Check out my blog, The Orthotometist, at maxaplin.blogspot.com 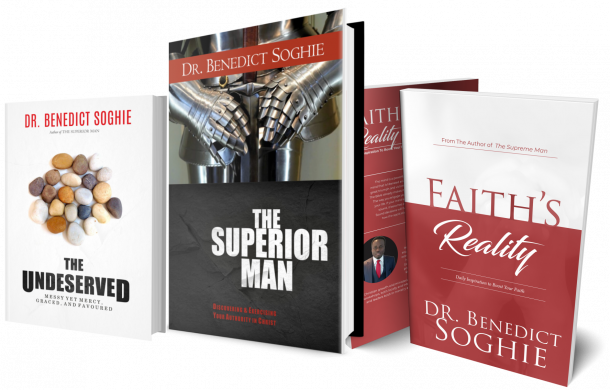